There were four of us, two Hindus, a supposed Christian and myself. The conversation was intense and awkward at the same time, you could cut the tension with a knife. 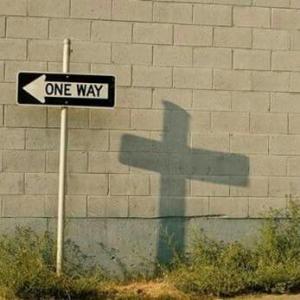 topic was: “are all religions the same?” As usual my Hindu friends were of the view that all religions are the same, and were trying hard to convince me of their reasons. According to them we all worship the same god, the only difference is that we have different names and approach him differently.

What surprised me wasn’t the genuine belief of my Hindu friends, but that of my supposed Christian counterpart. In his words “all religions are the same, it’s all about loving your neighbor as yourself”. According to him “we need to keep an open mind about some of these things, since we are not sure whether they are right or we are right. We need to be open in order to increase our chances on the last day”

The view of this “Christian brother” sums up the spirit of the age. We live in a time where any claims of exclusivity is viewed as intolerant and arrogant. There is an enormous pressure to conform to what the world considers to be tolerant and unifying. There should be no claims of exclusivity or rightness, everything is relative and should depend on what each person deems to be right we are told.

It is in the midst of these pressures, Christ calls on his followers to “Go therefore and make disciples of all nations, baptizing them in the name of the Father and of the Son and of the Holy Spirit, teaching them to observe all that I have commanded you…” (Matthew 28:19-20). The message these disciples were to carry was “[Jesus] I am the way, and the truth, and the life. No one comes to the Father except through me” (John 14:6). Elsewhere in the book of John, John the Baptist in giving his testimony about Christ said “Whoever believes in the Son has eternal life; whoever does not obey the Son shall not see life, but the wrath of God remains on him” (John 3:36).

From these texts, Jesus doesn’t leave the issue of God open-ended. Far from Christians being bigots, it was Jesus Christ Himself who made the most exclusive and audacious claims about His identity and the way to find reconciliation and forgiveness with a holy God. Therefore you cannot claim to be on the side of Christ without affirming these exclusive claims. In a world where “tolerance” and “love” are in demand, such exclusive claims are not going to win any genuine Christian brownie points, but we must decide on whose side we are on.

Is it Unloving to be Exclusive?

Love is a very evasive term in a fallen world like ours; it means different things to different people. In the sight of the world, love is not confrontational, it doesn’t criticize, it must always say yes, and it is reciprocal. In the world’s definition of love it will be unloving to run and snatch my son out of the middle of the road, so long as he is happy playing there even if there is an approaching vehicle at the speed of 140 km/h. And that is where the world gets it wrong — by defining love in the context of what makes the other person happy or feel “loved”.

In our fallen state we are totally depraved and do not appreciate what is loving from God’s perspective. Love, like any good trait must be understood from the context of God, because God is the meaning of Love.

The question then is, is it unloving to tell people that Jesus is the only way to find forgiveness with a holy God? It is, if it wasn’t true. But if it is true, it is the most loving thing to do. Just a few days ago Christians all over the world celebrated Easter to commemorate the death and resurrection of Christ in triumph over sin and death. Man in rebellion had rejected God, and was therefore under God’s righteous judgement. But in His mercy and love God, the one who had been wronged gave His only Son that whoever believes in him should not perish but have everlasting life (John 3:16).

God in His love did not sweep our sin under the carpet and assume nothing had happened. The rebellion had happened and the punishment for this treason was death (both physical and spiritual). Love didn’t mean God would turn a blind eye to our sin, it meant giving up His dear Son to die in the place of sinners so that he might be both the just and the justifier of those who have faith in Jesus (Romans 3:26). Love is not blind to wrong, love is not playing dumb that nothing had happened, and obviously love is not pretending that we are all the same.

If it is true(and it is) that we have all sinned against God and are under his righteous and just condemnation, our greatest need as humans is forgiveness from him. The question is, how do we secure this forgiveness? As Christians we believe there is no way we could ever do enough good deeds to make up for the wrongs we have done and continue to do. Besides, God’s standards are so high and perfect that no matter how long and hard we try, we cannot measure up.

The only way is to accept the perfection offered freely by Christ.
Love, is pointing people the right way where they can find forgiveness and peace with a holy God. Love, is telling people that there is an impending danger and they need to take cover in Jesus Christ. What is unloving is agreeing that we are all the same, when we are actually not. That is deception. The most loving thing to do is let people know that there are differences, but they have a choice which comes with consequences.

Like my “supposed Christian” friend, most of us often go along with the flow and affirm the lie that all religions lead to God, either because we are afraid of ridicule or the desire to increase our chances on the last day in case others are right and we are wrong. Whatever beliefs we hold, by Jesus’ own words, He is the only way to the Father:

No one comes to the Father except through me. ~ Jesus Christ

I am trying to prevent anyone from saying the really foolish thing that people often say about Jesus: ‘I’m ready to accept Jesus as a great moral teacher, but I don’t accept his claim to be God.’ That is the one thing we must not say. A man who was merely a man and said the sort of things Jesus said would not be a moral teacher. He would either be a lunatic – on a level with the man who says he is a poached egg – or else he would be the Devil of Hell. You must make the choice: Either this man was and is the Son of God: or else a madman or something worse.~ C.S. Lewis

Kwesi is the founder and leader of The Gospel Network. His vision for the group is the faithful proclamation of the gospel to bring many to the saving knowledge of Jesus Christ. He is currently an elder at the United Christian Church of Dubai, an Evangelical Church committed to glorifying God through faithful preaching of His word, growing in love for God and showing that love to others. He also works as an assistant vice president at Mashreq Bank in Dubai. A graduate of the University of Ghana, he holds a master's degree in International Business from University of Wollongong in Australia. Kwesi is married to Nora and they have three young children, Nana Asempa and Maame Affulba and Paa Kwesi Abaka View all posts by Kwesi Sena